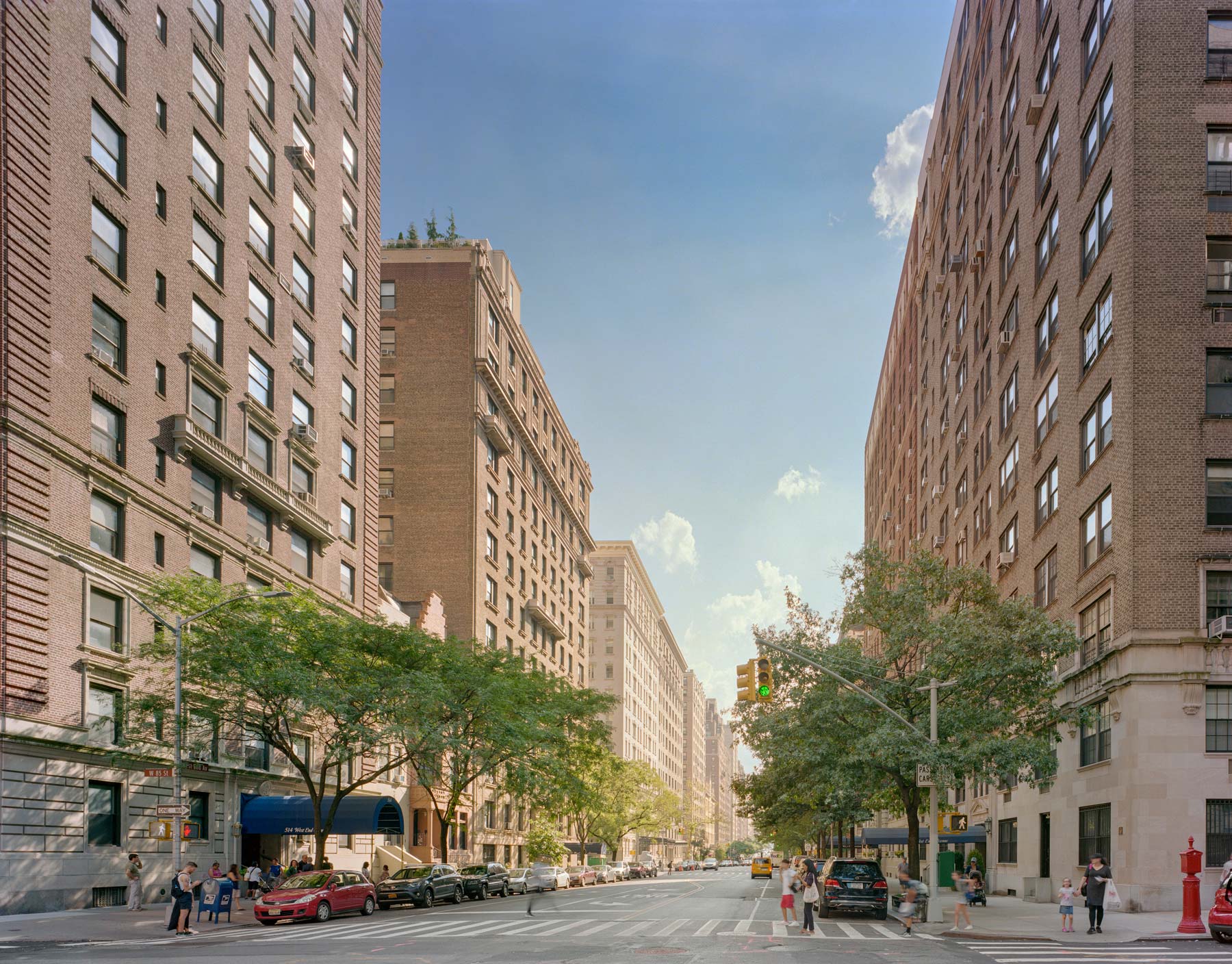 555 West End Avenue is situated in the heart of an established and beautiful residential neighborhood. Part of the landmarked Riverside-West End Historic District, 555 West End Avenue is surrounded by the grand Beaux-Arts apartment houses, many of them designed by prominent architects of the day, that have defined West End Avenue as a prestigious residential boulevard— it’s been called “the Park Avenue of the Upper West Side”—since the late 19th century. The neighborhood is also home to some of the city’s most esteemed private schools and highly ranked and selective public schools.

An Enviable Location
555 West End Avenue is ideally situated between two of New York City’s most desirable green spaces—Central Park and Riverside Park. Located just one block away, Riverside Park is a true New Yorker’s park, offering incomparable views along the Hudson River, from the 79th Street Boat Basin to the forested cliffs of the Palisades across the water and to the iconic span of the George Washington Bridge.

A Neighborhood with Character
One of New York’s most beloved and best-known neighborhoods, the Upper West Side has a personality all its own. Its attractions include hubs of culture as well as uniquely New York institutions. The Upper West Side is home to internationally renowned cultural landmarks including Lincoln Center, the Museum of Natural History, the Juilliard School, the New York Historical Society, and the Hayden Planetarium. It’s also home to the popular Beacon Theater and many distinctively New York culinary icons.